One finish and Several Adventures

This morning I was sitting at the computer and happened to look out the window and saw a deer stroll by! No photo, though as we were too slow getting outside to the front yard. Its antlers had two prongs! 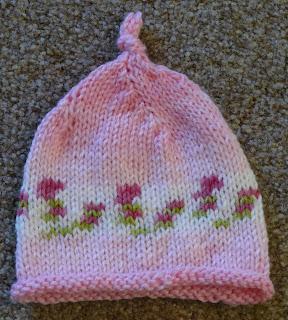 I do have a finish to share, however.  It popped off the needles this morning and is a small hat, just the right size for a preemie. I still have some of this yarn left (Hayfield Bouquet) which should be enough for a third one which has already been cast on. I just love this yarn; it's so much fun to see how the "flowers" turn out and where they "land." 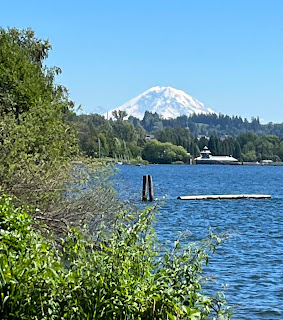 We are trying to keep up our walking routine even though it's really been warm here. Weeklong temperatures in the nineties are quite unusual on this side of our state.  To avoid the heat a few days ago, we went to Coulon Beach and walked along the water. We were awarded to see a great shot of Mount Rainier, two turtles sunbathing in the water, and an eagle flying overhead.
We also went to Port Angeles, this time without a snow storm.  We continued our exploration of the Olympic Discovery  Trail and also went to Hurricane Ridge where we hiked on several trails.  We saw lots of deer and some snow. 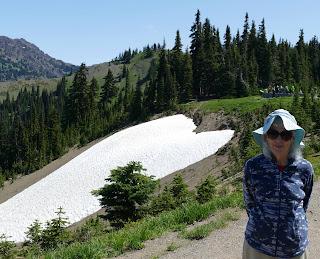 Look at the heart-shaped snow! 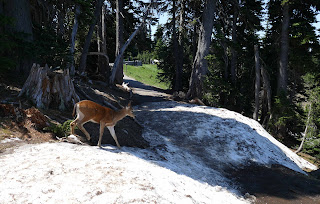 This deer made walking in the snow look easy. 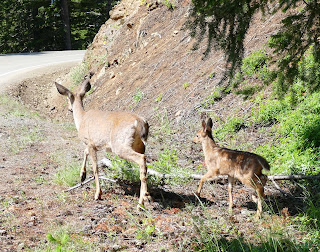 These two deer ran across the road. Luckily they survived the traffic!

A Finish and a Fun Walk

Yesterday, we took a walk on a local trail and had some surprises.  Someone has placed a work of art on the edge of the trail along with a sign. The frog is made of metal and attached to the fence. 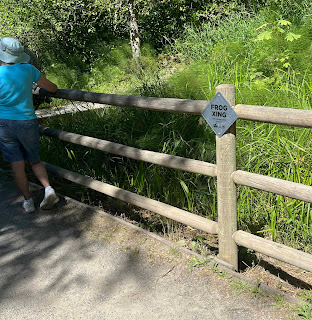 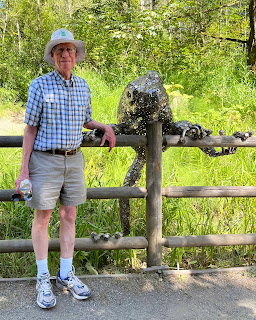 When we turned around to continue our walk, we saw this lump in the trail and thought it was an injured animal. 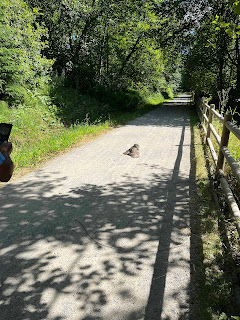 Here's what it was though, and when we got too close, it flew up into the nearby tree. A fellow walker told us that the owls hang out in this area, and pointed to another one in another tree. 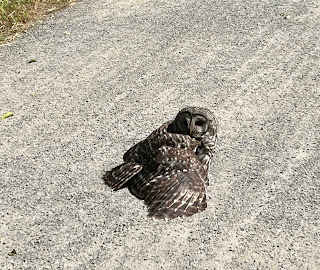 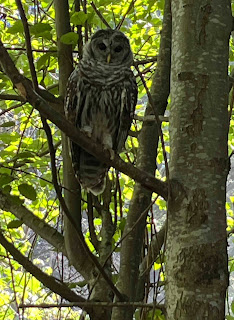 In another post I'll share pictures from our most recent trip to Port Angeles, but here's the promised finish, and I'm still working on the Miss May shawl but did finish this pair of socks and am working on another pair. 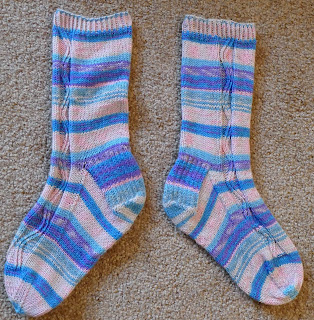