August seems to be disappearing all too quickly, I guess because we've been busy.  It's also been rather strange lately because we've had a number of very smoky, hazy days thanks to the fires all over the PNW.  We even found ash on our car after visiting a friend!  Dick took this photo of the "sun" before we headed home. 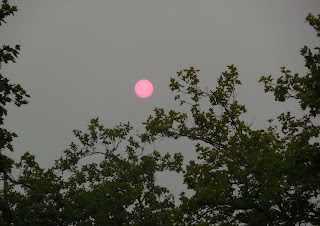 Before the smoke arrived we ventured to Sunrise, a entrance to Mount Rainier that we'd never seen despite all our years here.  It's beautiful! 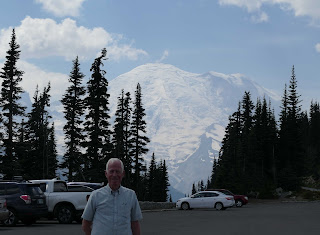 We chatted with a fun couple from Germany and then walked down the trail a ways where we saw a bit of wildlife: 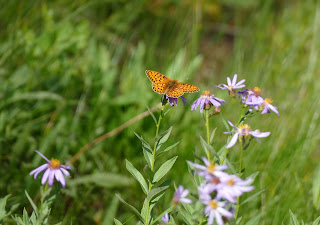 a checkerspot butterfly (I think) 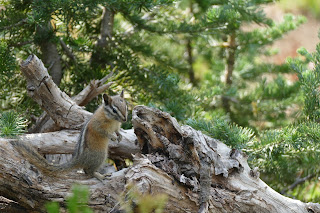 and this little guy. 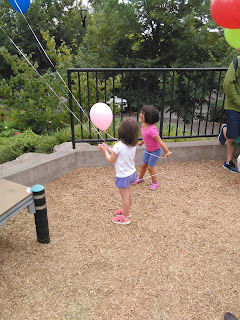 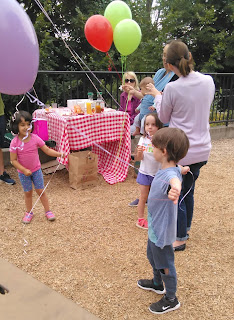 Then we helped Little Miss celebrate her 5th birthday. 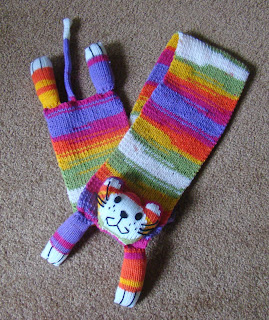 Besides the sweater from my last post, I finished this cat scarf for her which had been in my stash ever since I made one for her cousin a few years ago. 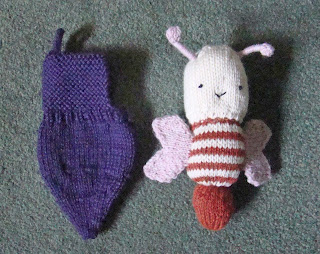 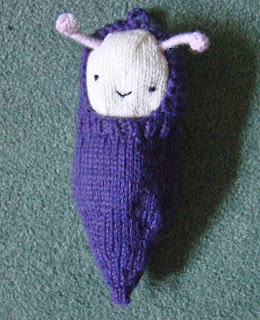 That cousin received this butterfly and cocoon for her August birthday. (If you've not made a pattern by Susan B. Anderson, you should as they are fun.)  Soph's request list came late, but I am now working on something else that topped her list. Stay tuned on that. 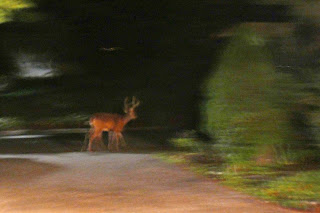 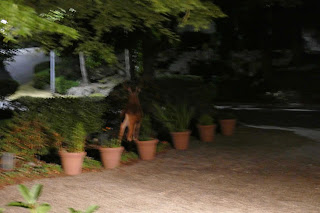 Speaking of critters, this buck recently appeared in our backyard which activated our motion light and woke us.  After snacking on some of our flowers, he went out front to continue his pruning assignment before wandering up the street. (The photo probably would have been clearer had DH taken time to put on his contacts! However, a clearer photo might not have happened at all then!)

Have a great week!

Shortly after returning from California my sister and her husband arrived for a week long visit, and we were busy every single day! The first day of their visit, we went to Cannon Beach, one of our favorite spots, and stopped at Astoria en route. (Have you read Astoria by by Peter Stark? It's a great read and has lots of history about the Pacific Northwest.) 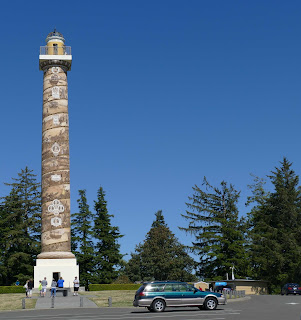 While Jane and Ted climbed the 100+ steps to the top of the column, we enjoyed the view and spotted this guy floating toward the Astoria Bridge. 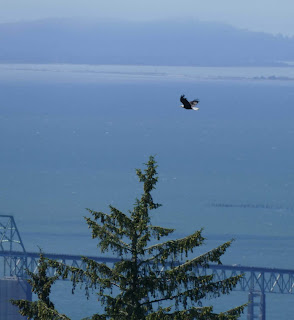 Then we stopped at the beach at Fort Stevens State Park to see the wreck of the Peter Iredale, a ship that ran aground there in 1906. We were lucky to even catch the Ranger's talk! 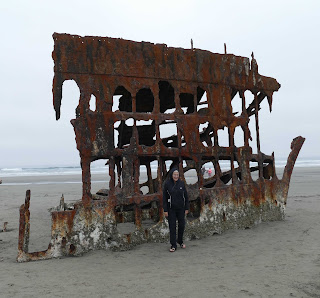 As you can see, the weather's predictably cool on these beaches.  It was cold and windy at Haystack Rock, too. 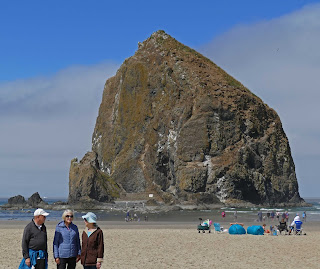 Dick even caught a photo of a puffin flying back to its nest on the rock!  Can you see it on the right?

This past Monday we drove up to Mount Baker which is close to the Washington/Canada border.  This time we were able to make it to the end of the road, and it was HOT despite the snow everywhere! 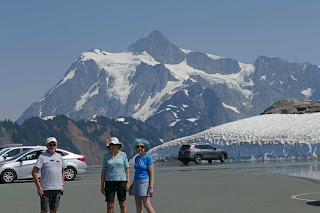 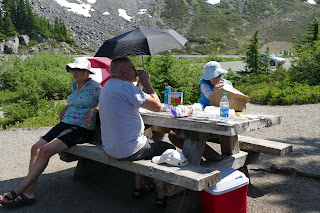 Back home the birds and flowers were very happy in the heat. 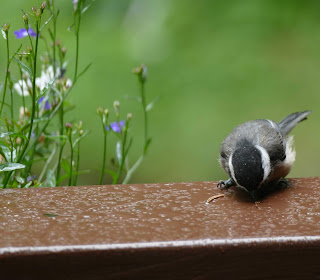 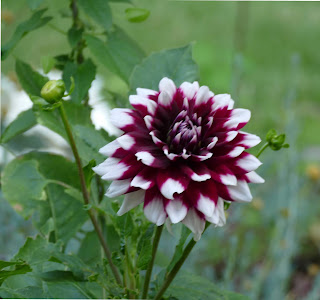 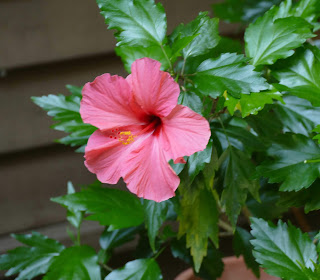 With all the car-time, I also managed to finish this project for a certain Little Miss's fifth birthday which is coming right up. Now to think up something else for another August birthday girl...... 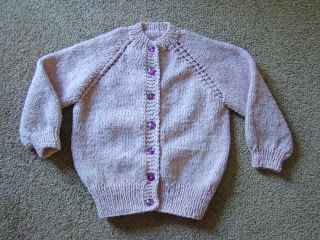 Our guests are back home as we head into August.  How did July disappear so quickly?

PS  On these recent clear nights we've been watching the International Space Station.  You can see the ISS also by entering in your location to find the viewing times where you live!  It's fun, and you don't even need binoculars. (I have a hard time remembering that it's as big as a football field and moving at 18,000 mph!)