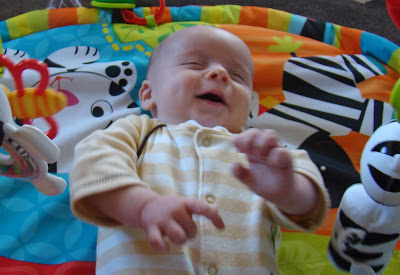 Max loves "going to the gym"! 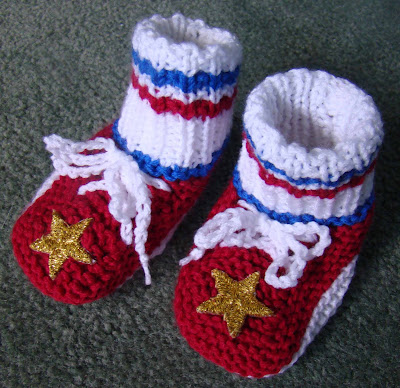 Just what he needs for a workout, don't you think?
Posted by Judy S. at 2:49 PM 9 comments:
Labels: grandkids, knitting 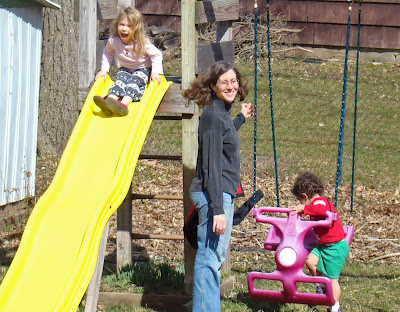 When we left Chicago last week, the temperatures were rising. Little did we know that we'd be waking up to dustings of snow almost daily back home! The gloomy cold weather has made it easy to stay inside and knit or stitch. 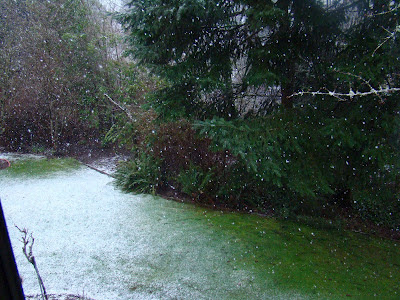 As a result, I finished this pair of socks~ 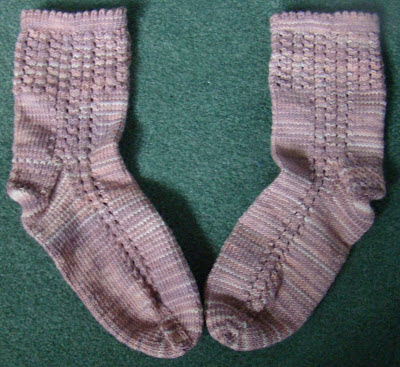 And this scarf. (Details for both are on Ravelry~link on sidebar) 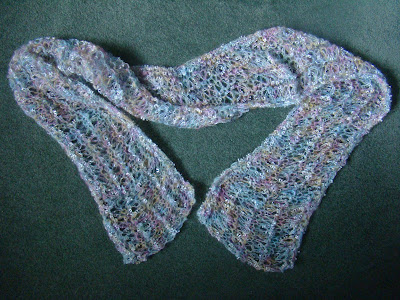 I also finished my third Sunbonnet Sue block for TAST. This month there were two completely new stitches to me: the whipped wheel and the barred chain stitch. It was a challenge to use them on the block, but I did. Can you find them? 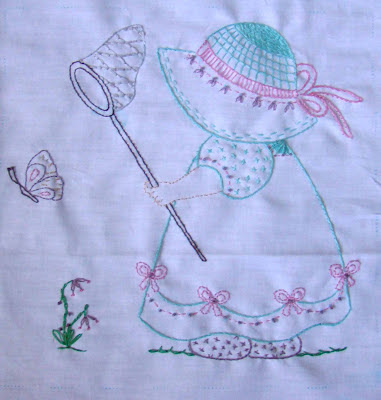 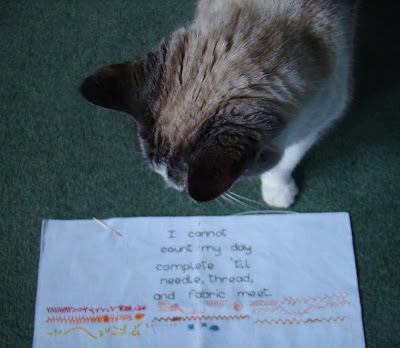 PS The sun's out today, so I'm going OUTSIDE!
Posted by Judy S. at 11:27 AM 10 comments:
Labels: cats, embroidery, grandkids, knitting, TAST, weather 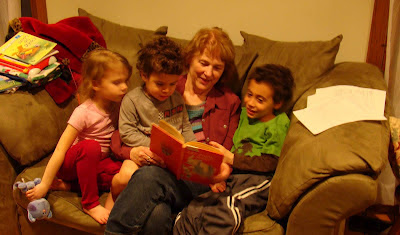 For the past ten days we've been off enjoying the sunshine in the Midwest and visiting our grandkids. The three of us did lots of reading together, and this time the story of the Little Red Hen was read over and over and over again. 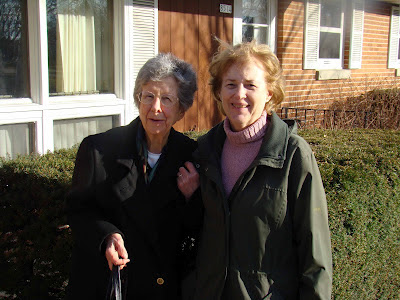 We slipped away for a couple of days to see my aunt who was widowed in February after almost 65 years of marriage. We also visited a sorority sister and her husband and had such a good time we forgot to take any pictures. They live right on Lake Michigan, literally a stone's throw from the water! 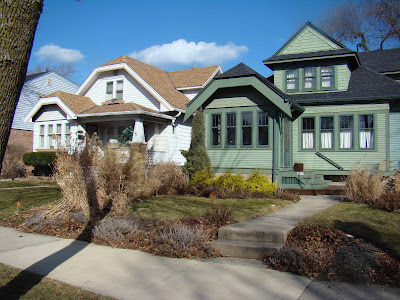 One of the afternoons we took a tour down memory lane with my aunt who also lived for a while in Shorewood. When I was four and just before my sister was born, we moved back to Wisconsin from Oklahoma to be closer to familyas my grandfather had just passed away. Unfortunately I couldn't remember the address of the first house we lived in, but it was one of these two. 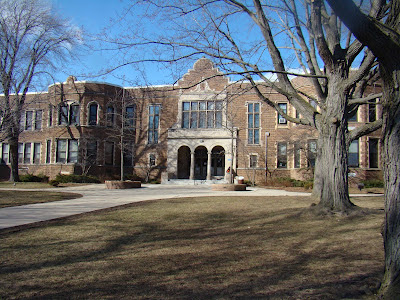 I went to Lake Bluff School for kindergarten until halfway through second grade. The walk to school I remembered was really long; in truth, the school property began about six houses from the house in the above photo! The entrance to the school though was clear around the corner which did add to the distance. 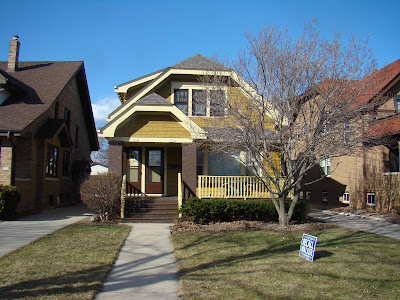 My folks moved into this house, which was owned by my grandmother, when I was in first grade but didn't live here very long. It is a duplex, but I have no memory of the other family who lived there. 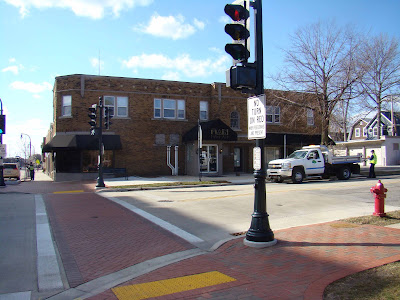 When the duplex was sold, we moved into the apartment above our father's appliance shop and lived there until I was halfway through my senior year in high school. (Now it's a hair salon but back then there was also a barber shop and a candy store in the building along with another apartment.) 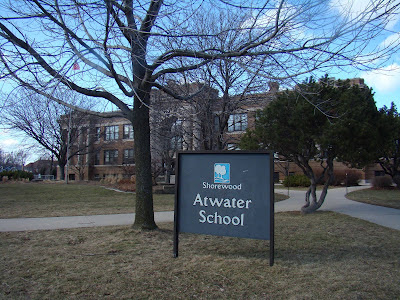 Both my sister and I went through sixth grade at this school, the same place our dad went to high school. It was right across from the apartment, and we had fun playing at the playgrounds and ice skating on the flooded field in the winter. 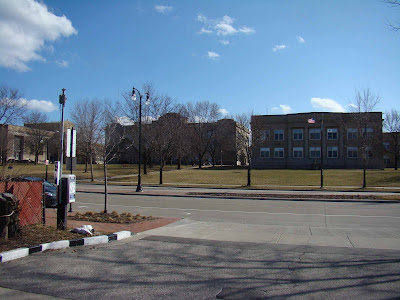 Many of the individuals in our family attended high school here. I can remember my geometry teacher asking whether Howard Taylor was my uncle. He was. 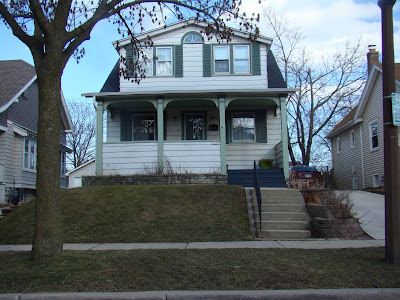 The whole time I went to college I lived in this house. My parents moved to Brown Deer the day after my sister graduated from high school. 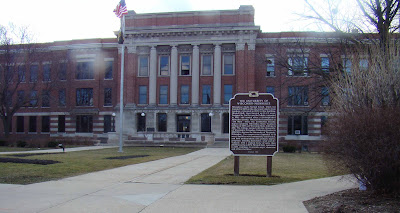 When I attended UW-Milwaukee, this was one of the few buildings there, and tuition was $110 per semester! Now I wouldn't begin to be able to find my way around the campus without a map. 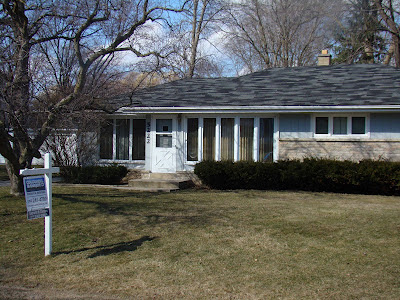 Although I used to babysit for a family in this house, I never lived there. My sister did though when she was home from college. My folks bought a condo in Milwaukee after she graduated, and then they moved to New Mexico when Dad retired.

Gotta quit this reminiscing and get to work on a couple of knitting projects and my SBS stitchery........ Catch you later!

Lately we've had lots of little birds at our backyard feeder but none as beautiful as this painted bunting we saw in Florida! One of our birding friends said they are quite rare, so we are glad that they are being pampered with their own food at the Corkscrew Swamp. Aren't they colorful? 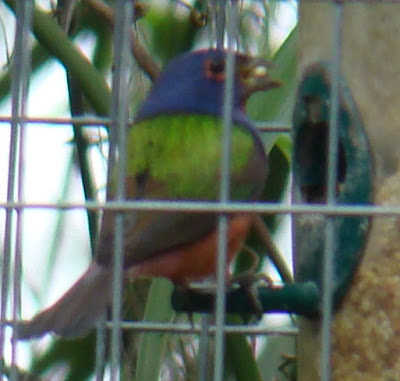 Here at home we are seeing a few signs of spring like these busy moles. We've been told they don't hibernate, but they sure go nuts at this time of year. Thank goodness this isn't our yard! A bunch of the critters have taken up residence on the median of the road behind our house. Reminds me of Caddy Shack! 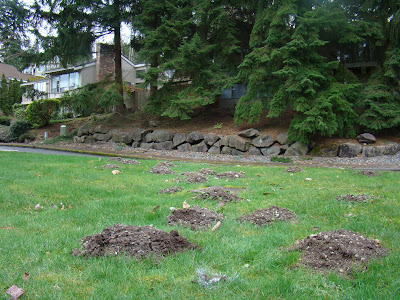 Not too long ago I received a lovely surprise in the mail from Pam, one of her cute CQ kitties. Isn't her stitching just exquisite? Thank you, Pam! 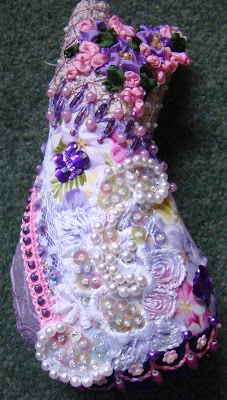 When we were in Florida, my sister mentioned she could use some fingerless mitts. Hope she likes 'em. 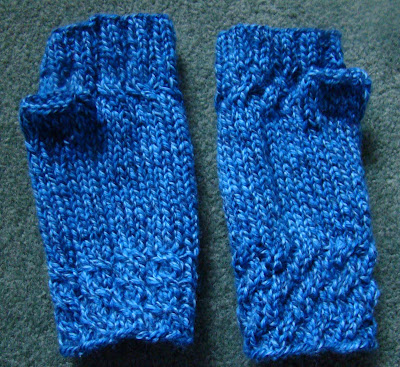 DD#2 asked me to make something for her friend's baby shower. Here's what I came up with. You may have guessed; she's having a boy! 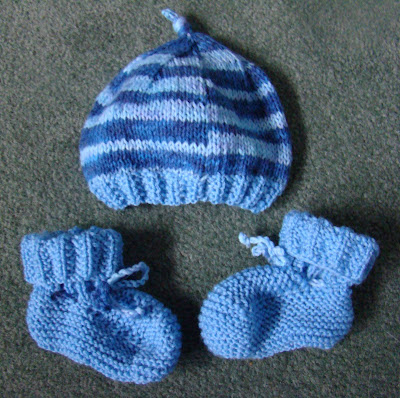 And here for your viewing enjoyment is one last photo. DH believes Max is stating his opinion about tacos' effect on mommy-milk. 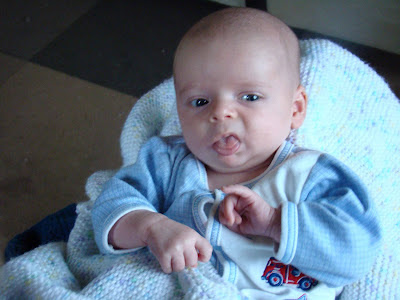 Can you believe it's already March and DST starts next weekend? Who speeded up the calendar anyhow?