Bits and Pieces and We're Off!

Yesterday Pat created a Poppy Tag, and since we still have some blooming in our garden and the light was still good, Dick took a couple of photos for me. One kind of poppy I love and can't get to grow is the California one; I think the birds eat the seeds before they can sprout! Heike has a beautiful blue poppy and a free embroidery design on her blog. Friends here have said the only place they know of them in this area is Buchart Gardens in Victoria, BC. 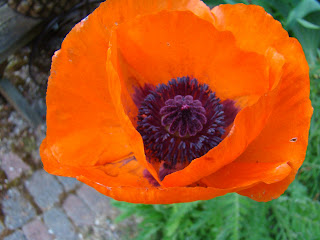 Leftover from the Wizard of Oz?

Thanks to a clump from Janie, we have lots of these in our garden, and judging from the abundant seed pods, more to come. 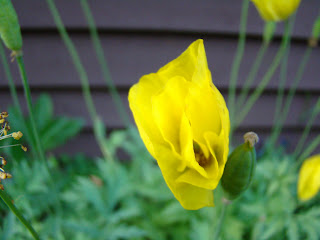 Lately, I've viewed everything through the CED Sound lens. Here's a fellow that has several sounds at his command, a most impressive screech as well as the sound of hammering which proves his woodpecker family status. Check out that beak! 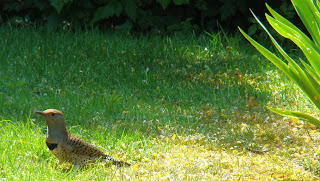 Lest you think that all I've been doing is playing in the garden, here are a couple of finished projects. I finally finished a striped Noro scarf which was easy and fun. The directions can be found on Ravelry. 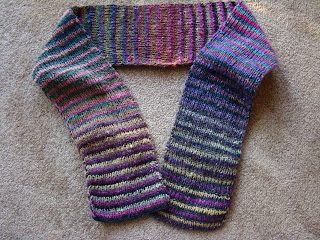 Just the other day Knitting Daily had some free baby patterns, including these duck booties that I just had to make for Sophia. Jill told me once that Sophia likes ducks; hope they fit! 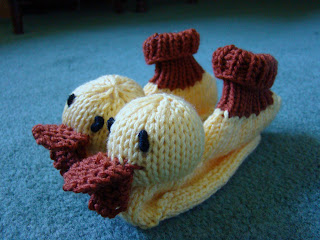 Back to the garden because this is my absolute favorite time of year with all the flowers in full bloom. They don't make any sounds but cause the viewer to Ohhh and Ahhh. How was this beautiful columbine scrunched up in its bud? 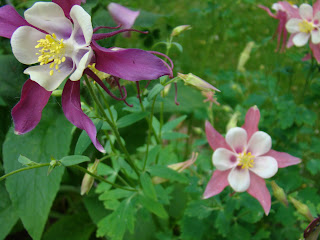 Who paints the spots on these foxgloves? 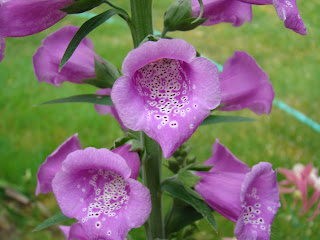 Did you ever sing the song "White Coral Bells"? Here they are, only they aren't white! 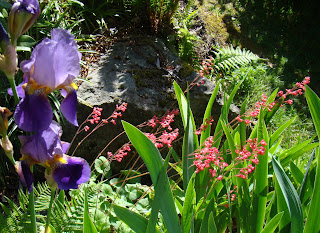 And speaking of noise, we are hoping this little critter and its friends won't do too much damage while we're gone.


Yep, we are off to Chicago in the morning. David needs help with his landscaping job! 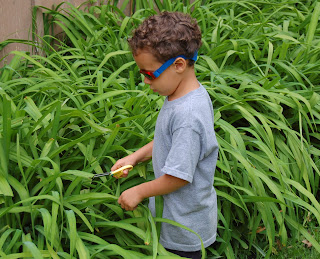 Slow but Sure!
Posted by Judy S. at 10:23 AM 17 comments:
Labels: family and friends, garden, knitting 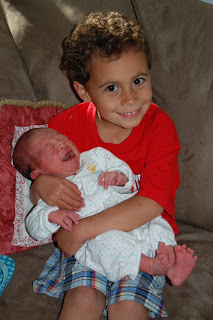 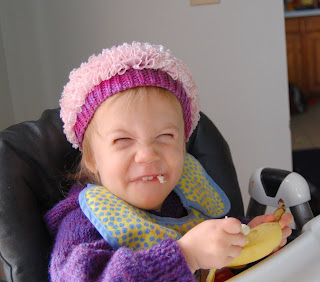 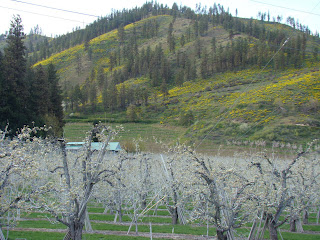 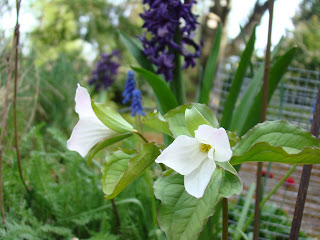 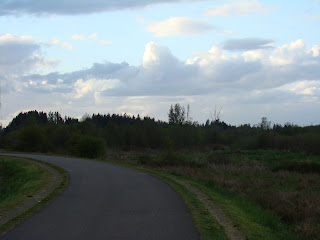 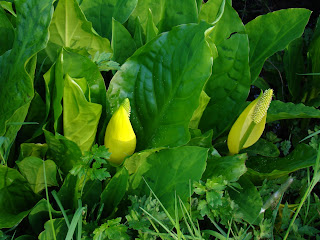 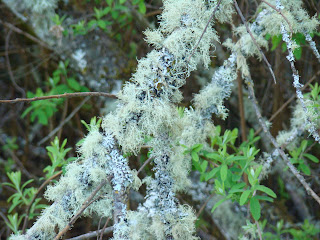 The signs, colors and sounds of nature are all around us, just waiting to be noticed if we but take the time.
Posted by Judy S. at 7:11 PM 9 comments:
Labels: family and friends, photos
Newer Posts Older Posts Home
Subscribe to: Posts (Atom)