Hope everyone had a very nice Valentine's Day! Even the weather celebrated here as the sun actually appeared and not even a drop of rain came down. (We had the rainiest January since 1953, and back then I lived in Wisconsin where it probably snowed.) In our family there are quite a few birthdays in December and January, and that caused quite a lot of knitting:

First was a scarf that found a home with Michael: 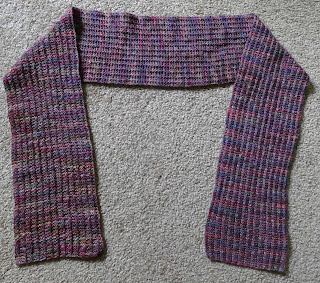 Then came Catherine, right after Christmas. I really like this pattern and plan to make it again. 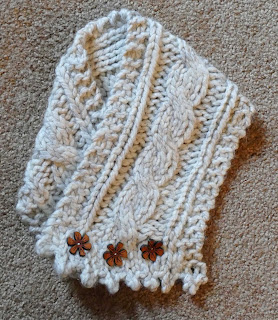 Then comes Max.  Here's what I knit him for Christmas, and not too many days later, came his January birthday. 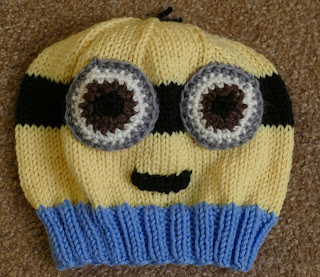 I think you'll recognize this guy! He was a fun knit!: 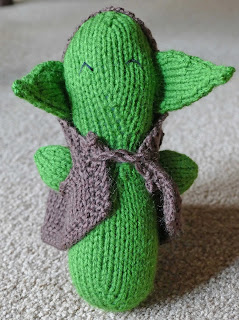 You've already seen this hat, and here are the matching mitts for David, our speedy swimmer and best of all they fit!: 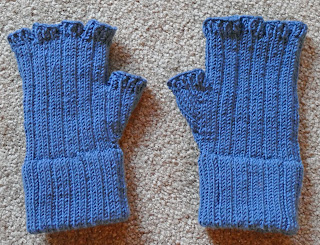 There were two more January finishes:  This one for a choir friend's new baby. (You've seen this pattern before many times.) 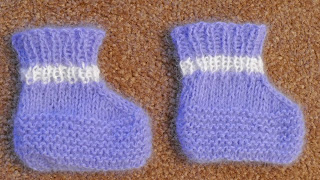 and this one for another choir friend who loves tacos: 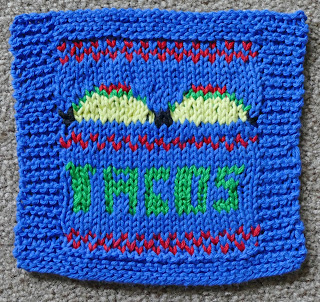 It's from a sweater pattern, but I used the design to make a pot holder!